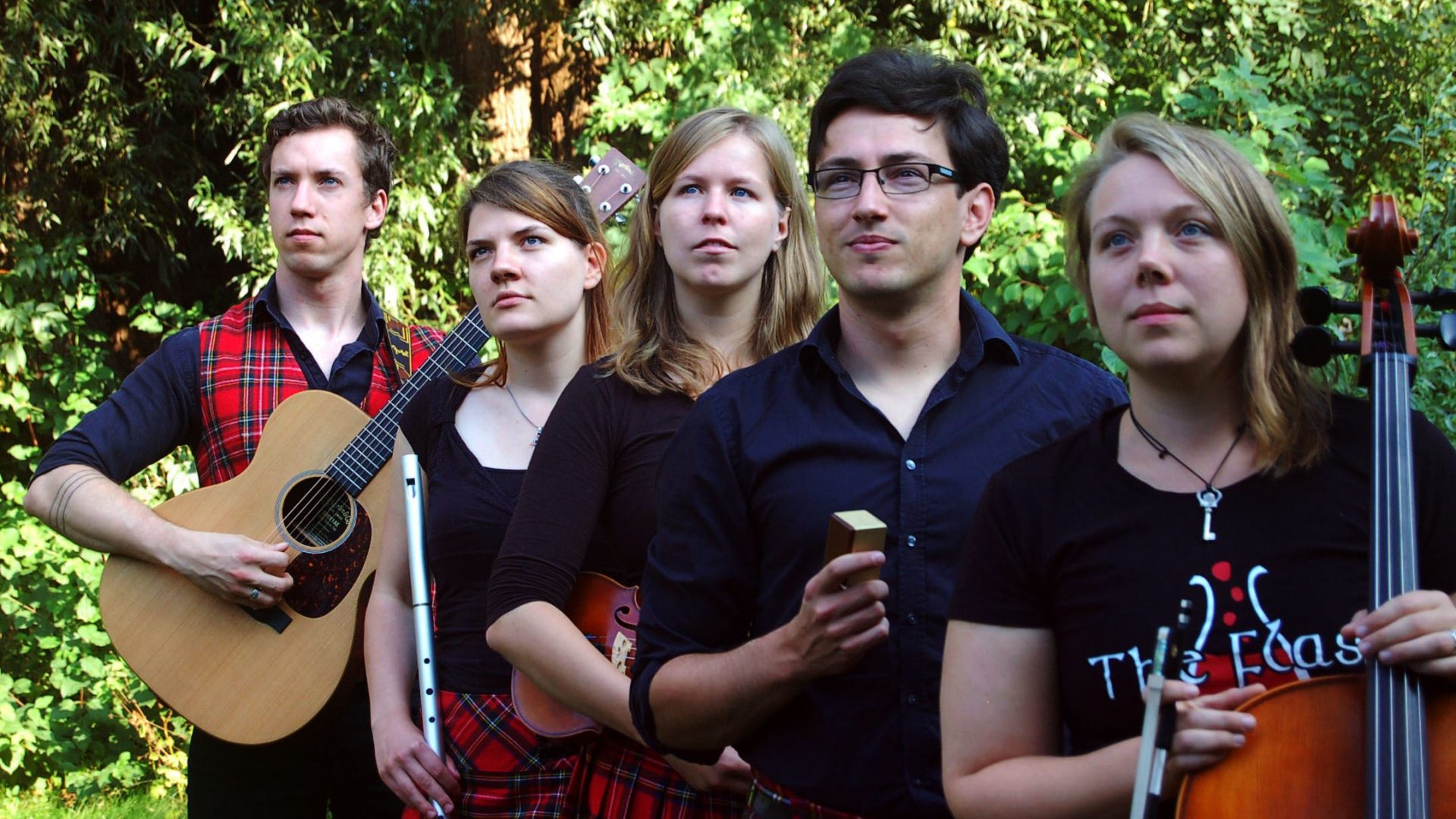 The Flask is an energetic folk band from Delft, Netherlands, who like to tell stories with their music. Their repertoire ranges from sensitive ballads to upbeat tunes that will get you on your feet dancing a jig, including covers and original songs. The music is structured around Celtic folk music that was inspired by the likes of Rapalje and The High Kings, but also fantasy influences from for instance Faun can be heard and raw pirate tales inspired on Ye Banished Privateers. The harmony vocals, guitar, tin and low whistles, violin, bodhràn, cello, piano and cajon provide a festive atmosphere where the listener has no choice but to dance, laugh and sing along as they are carried away to another world.

Known in their hometown of Delft since 2012 as a student band, in 2016 The Flask hit the folk festivals with an appearance at Archeon Midwinter Fair. In 2021, the band had a lineup change to add cello and another voice to the mix. Now, this five-piece band is established in the folk festival scene, with appearances at Archeon Midwinter Fair, Fantasy Fest Rijswijk, Historisch Zoetermeer Festival, Rapalje Zomerfolk and many pubs, clubs and private parties. Their debut single, ‘Faerie Folk’ (Dec/2019) was followed by the release of their debut album of original songs, ‘Village Tales’ (June/2021).

The Flask was invited to perform at the Celtcast Fantasy Awards 2022, where their album, ‘Village Tales’ was shortlisted for the categories of Best Song, Best Album, Best Cover Art, Best Collaboration, and Best Live Act.

MUSIC BACK ON SPOTIFYAs you may have noticed, our music has been from Spotify for while. This was because it is now under our own management. Because of this, it has unfortunately also disappeared from all playlists, so if you want our songs back in your list, they have to be added again. Sorry for the inconvenience, hopefully you haven’t missed us for too long😊 ... See MoreSee Less

Our summer continues with awesomeness: The Flask is playing at El Mundo Fantasia on 2nd and 3rd of July this year. Make sure to buy your tickets and pack your bags to join us and Fergus Eef van THoen amongst others in fantastic new worlds!Friendly Folk Records ... See MoreSee Less